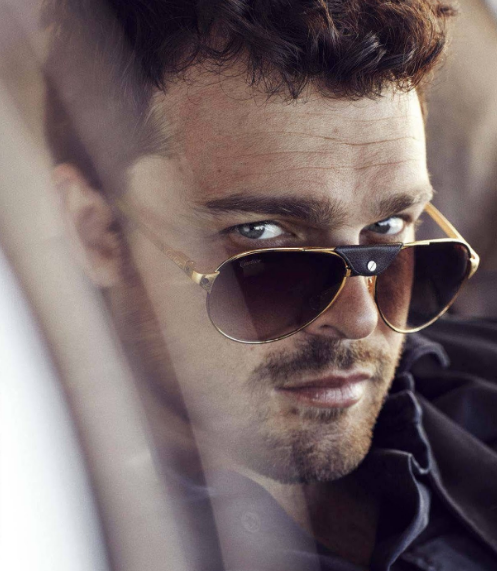 the only child of ted and melinda davies. his father was well-known in beaufort for being the deputy sheriff, and his mother cut hair at a local beauty salon. their marriage was volatile, to say the least, amplified by ted's drinking, temper, and controlling personality. the abuse was sometimes physical, but usually the iron fist he ruled with didn't need to swing to be effective. melinda finally left when sutter entered high school. he returned home from his first day of freshman year to find she was gone.

without melinda to intervene, sutter and his father were often at odds over what was best for him. he was a lover of nature, poetry, photography - most things dubbed "pussy shit" by the disappointed man who have rather had a football player or grease monkey. after high school, sutter desperately wanted to attend college. his old man was adamant he should join the military instead. in the end no decision was made. ted soon suffered a major stroke and sutter chose to stay in beaufort to care for him.

eden amoruso was the only girl sutter davies ever had eyes for. from the first of many times she helped the frustrated kindergartener, who had not yet mastered knots, tie his shoes, through the unexpected kiss long after his pubescent eyes and thoughts had begun to linger on her, to the night he spectacularly heard his "i love you" returned on her lips, his devotion never wavered. no matter what the future held, sutter knew that eden was going to be there beside him, and honestly, that was all he wanted.

when eden found out she was pregnant at the tail end of their senior year, it was unexpected, absolutely, but sutter saw it as less as a mistake and more as inopportune timing. they had always planned on getting married, having children, and starting a family, or so he thought. now it was just happening a little sooner than anticipated. he eagerly bought a ring and planned a proposal only to be crushed, and moreso confused, when eden decided she would rather terminate the pregnancy.

his true heartbreak, the depths of which no other person could ever fully understand, came when eden decided she needed to leave beaufort. he begged, he pleaded, with no sense of pride or shame inhibiting him, but it was to no avail. her absence carved a whole into his heart and burrowed its way into every facet of his life. for too long, sutter held tight to the belief that she would return. until, eventually, he had no choice but to accept that is was time to move on. a challenge still easier said than done.

as an adolescent, his love of plants led sutter to a part-time job at a greenhouse, lowcountry gardens, along with the regular lawns he mowed and gardens he tended. with his life still in beaufort after graduation, the work evolved into his career, but it was a perfect fit. he had always had a passion for gardening, and getting paid to cultivate plants, and help others to do the same, hardly felt like a job. now that his years have accumulated there, sutter has taken over nearly all of lowcountry's daily operations.

in february 2017, ted davies passed away. his condition had been weakening for some time. sutter began renovations on their home with the intention of selling it, but several months since completion and the house has still not been put on the market.
stands at 5'9½" but fudges his height to an even 5'10" when asked.

has a vast and varied taste in music, but his favorite band is the smiths.

a lightweight when it comes to alcohol. he rarely drinks anything stronger than beer.

not interested in sports, or at all athletically inclined, hates working out, and will never set foot in a gym. his gardening and yardwork keep him moving most of the time and does enjoy activities that get him outside like fishing, swimming, walking.

wanted a tattoo for his eighteen birthday and had intended to surprise eden with her name on his chest. for reasons he insists were completely unrelated to the pain, he only got the cursive 'e'. emory likes to say it's actually for him.

you have to know the past to understand the present (eden: flashback)

sweet like candy in my veins (thread: flashback, september 2006)

can go home with anybody i meet (sutter: flashback, july 2010)

i think i'm lost without you (sutter: flashback, summer 2007)